Summary: Pharmacogenomic (PGx) testing is a way of analyzing a person’s genetics, in order to understand why some people don’t respond to certain medications or have significant side effects with certain medications. In certain situations, this can be helpful in deciding what medications might be helpful.
Add to Info Cart
PDF 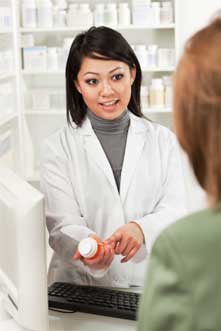 Medications can be helpful for many conditions. However, many people find that despite trying multiple medications, they still struggle.

Pharmacogenomic (PGx) testing is a way of analyzing a person’s genetics, in order to understand why some people don’t respond to certain medications or have significant side effects with certain medications. The testing can help guide decisions around what medications might be helpful for certain conditions.

Pharmacogenomic testing is not helpful for most situations.

However, it might possibly be helpful for the following specific situations:

What Does Pharmacogenomic Testing Involve?

Pharmacogenomic testing involves providing a saliva sample and having it tested by a laboratory. At the lab, it is possible to extract the DNA (genetic material) from cheek cells, and thus analyze the person’s DNA.

After the DNA is analyzed, one receives a report that comments on:

What Does the Evidence Say?

The field of pharmacogenomic testing is still at the starting point.

A review in 2017 by Health Quality Ontario looking at pharmacogenomic testing for depression found that it did not actually make a significant difference in patient outcomes.

The FDA has issued a statement of caution as well.

For this reason, pharmacogenomic testing is not recommended for everyone, but more for certain situations, e.g. poor response despite several medication trials.

Note that even if one has had a poor response to several medication trials, one should also fully explore other explanations such as:

Where To Find Pharmacogenomic Testing

Speak with your health care provider or pharmacist to see if it might be helpful in your situation, and where to find it in your area. Note that in many (perhaps even most) situations, it will probably not add much information.

Conflicts of interest: The authors have no competing interests to declare.